To Collaborate Effectively with a UI/UX Designer, Understand the Evolving Trends

There’s a common saying among designers of every color and stripe: great design is transparent. The designer’s job is to understand the user’s needs and find the perfect solution for them. Miss the brief, and it’s painfully obvious. Succeed, and nobody notices because the product or interface works as people expect it to.

The modern world is full of examples of great and transparent product improvements. No one really pays attention to the fact that door handles are much easier to turn than doorknobs. Or that chairs, in all their variety of structures, shapes, and colors, are so obviously meant to be sat upon.

This has the unintended effect of reducing our appreciation for the designer’s function. And it can be a problem when the layperson suddenly needs to employ their services. What if your business needs a new website design? Or an app to reach more consumers?

When a designer’s tasks are shrouded in arcana, we tend to go with one of two options. Either we leave everything in the experts’ hands, or we try to insist on our own specific vision. Both entail risks. You lose control over the final output, or you resist listening to the advice of a professional who understands what works for the modern audience.

The best result often comes from some form of compromise. And to achieve that and collaborate successfully with your chosen designer, it’s ideal to understand how recent trends shaped our thinking in user experience.

The early decades of digital devices were dominated by an aesthetic trend known as skeuomorphism. It gave ordinary users a smooth introduction to the virtual world by creating interfaces that imitated real-world objects. Graphically, these experiences also hewed closely to reality by using 3-dimensional effects, such as bevel and emboss, overlays, or drop shadows.

Among the proponents of skeuomorphism was none other than the famed designer, innovator, and entrepreneur, Steve Jobs. In fact, both Apple and Microsoft made heavy use of its principles in their products. You located a file by opening a folder icon. You deleted it by sending it to the trash.

In the sense of making the virtual realm easier to understand and access, skeuomorphism still retains a heavy influence on both users and designers. A lens icon still represents your phone’s camera app. The mail envelope stands for email. Ironically, both graphics remain relevant even though younger generations no longer take pictures using an actual camera or send messages through snail mail. 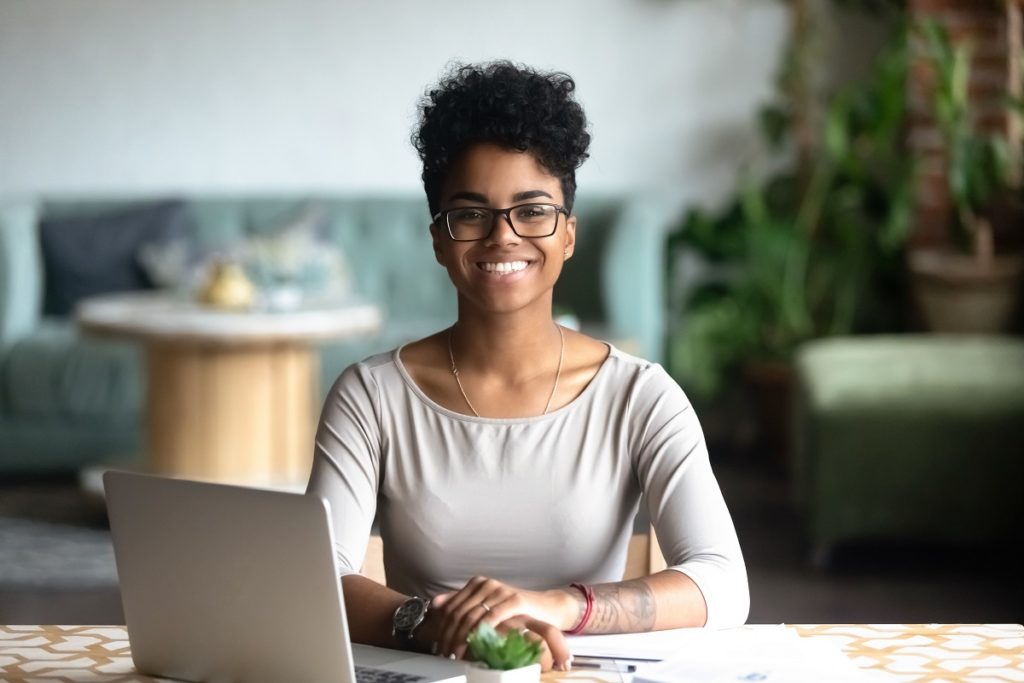 Moving towards the flat

However, the past decade has seen companies increasingly move away from interfaces that closely mimic reality. Graphics have become more simplified, even abstract. You might have noticed this on your phone, as app icons and entire device operating systems updated over the years.

This trend is called flat, or sometimes material (a term used by Google), design. And it represents an inevitable evolution that stems from that most fundamental of designer briefs: the user’s needs.

The average user profile has greatly changed over the past decade or so. More than ever, people are using a wide variety of mobile devices to experience the internet. Companies can’t afford to use imagery that only works on a certain device, which will alienate a segment of their audience.

Everyone needs visuals that scale and display well across platforms. Flattening graphics solves that problem. It allows your content and call-to-action elements to stand out, facilitating user navigation and ultimately generating conversions.

Testing for uniqueness and functionality

However, designers need to be careful when taking the flat approach. Due to its limitations, there is a high risk of visual sameness. You want to stand out, not look like everyone else.

Thus, as of 2020, designers are testing different methods to become the next big trend in user experience. There’s the so-called “flat 2.0,” which brings back some skeuomorphic elements such as shadows and translucency. Or neumorphism, which goes even further towards realism with highlights and soft 3-D effects.

You don’t need to predict the future of these trends to make the most out of partnering with a designer. What helps is being able to understand and participate in the thought process.

What are the needs of your ideal audience? How does the rendering of your graphic interface enable or hinder them in experiencing your services? Ensure you do A/B testing guided by these considerations, and your collaboration will be a success.