Digital Art is the Latest Trend in This Era

In this fast-paced era, nearly everyone is going digital. Everyone uses computers to send videos or pictures through social media, smartphones to communicate, and computers to check emails. Like every other aspect of your life, art has evolved rapidly. It started going digital. Younger aspiring and seasoned artists are more familiar with digital art, but it’s still a new concept for others.

If you’re a web design company trying to learn more about digital art and its different classifications, you’re in the right place.

Digital art, with other names like new media art or computer art, refers to artworks made by using computers, software programs, and other electronic devices. It can refer to anything created on digital media, including digital paintings, videos, illustrations, photographs, or animations.

Below are the current practices associated with digital art. 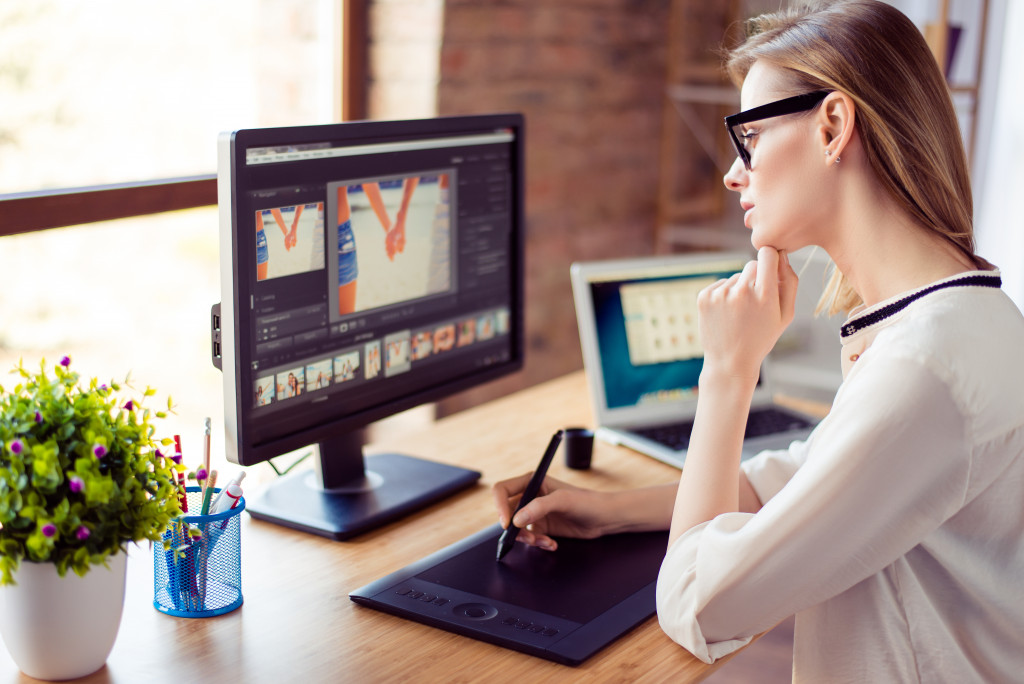 Digital painting came out in the 1990s. It entails using traditional techniques such as impastos, oil painting, or watercolors. You might have to use your stiletto, tablet, or computer to make the design, but the techniques used are similar to painting with old materials, leading to better aesthetics. Digital painting also has identical features with computer art visuals, including the distortion and repetition of elements that can lead to abstract images. Over the years, 3D illustration is slowly becoming popular.

Most artists use a computer-aided software program to make the sculpture’s design, which they can either display as virtual images on screens or physical models. Using software will allow you to control and manipulate the complex elements of your work and offer 3D visualization, further improving traditional design abilities to establish more realistic creative ideas. You’ll get endless possibilities.

Digital artists like Anish Kapoor, Jon Rafman, Birch Cooper, Wim Delvoye, and Tony Cragg use computer-aided software programs to assemble and create the intricate and complex elements of their sculpture, as well as organic shapes.

Moving images, animations, and videos are the most prominent medium for altering reality. It allows you to record an event through both time and space while dealing with transformations and montages of what happens simultaneously. Moving images have two classifications: animation and live-action.

Many define software art as the practice focused more specifically on engineering. It can also include encoding a machine’s communication systems and language. It can work through interfering in live-action with viewers or auto-generated, meaning visuals come from set codes and algorithms. Most artists might encode following a specific concept, but the resulting images depend on the computer process.

Both Casey Reas and Adrian Ward are famous for their mastery of programming languages.

Mixed media is another essential practice. Unlike traditional techniques, computation entails creating differently-natured elements that you can coordinate and associate to produce a whole experience for the viewers. Hence, artworks can combine photographs, sound, augmented reality, and moving or still images. You can also focus on a medium.

That means your creation can lead to different physical outputs depending on the joint objectives of curators, artists, or commissioners.

Networked and internet art refers to process-oriented pieces made from computing networks and structures. Today, the internet is a complicated network of information, and digital artists want to challenge or highlight the nature and complexity of these systems. Internet art also refers to pieces of artwork you wish to distribute or take information and inspiration from the net.

Digital installations and sculptures are closely similar due to their 3D nature, but the first offers a new world to its viewers. It’s primarily interactive, responding to your viewer’s inputs, including touch, voices, or body movements. Digital installations are also highly immersive, altering the nature of a viewer’s surroundings or providing them with a new spatial environment. Both augmented reality and visual reality are common kinds.

Digital photography entails using pictures taken from reality through self-imaging, photographs, and other possible records of a person’s surroundings. It often combines distorting your understanding of reality and blurring boundaries. It can also entail using traditional techniques of assembling and coordinating elements and blending and overlaying visuals through morphing technologies.

Traditionally, you can find artists that use materials like brushes and paints to create a piece of artwork; however, modern artists use innovative means of exploring creativity, including computers, televisions, and video technologies. For that reason, there have been numerous opinions and debates on whether or not digital art is authentic.